SPOILER – The world premiere of Pillow’s exclusive engagement, “America (na) to Me,” will kick off Jacob’s Pillow Dance Festival 2022 as the first week-long performance in the newly renovated Ted Shawn Theatre, From Wednesday 22 June to Sunday 26 June. Week 1 of the festival will also include several one-night-only performances on the Henry J. Leir Outdoor Stage, including Eastern Woodland Dances, Ted Shawn’s “Dance of the Ages” (1938) performed by Adam Weinert and Dancers, and Collage Dance . Collective.

Eastern Woodland Dances opens the Festival as the first of 20 one-night parties on the Leir Stage on June 22; “Dance of the Ages” premieres June 23; and Collage Dance Collective on June 24. On Saturday, June 25, contemporary ballet program The School at Jacob’s Pillow will perform on the Leir Stage, and the event can be viewed in person and live for free.

In addition to these performances, free PillowTalks will be offered at Blake’s Barn, including a Saturday reading and signing with Paul Scolieri, who wrote a book about Jacob’s Pillow founder Ted Shawn, and a Sunday discussion. on two short films that highlight the triumphs and challenges facing dancers today, as witnessed by company directors Earl Mosley of Diversity of Dance and Kevin Thomas of Collage Dance Collective.

“America(na)to Me” encapsulates the heart of The Pillow’s 90th anniversary season, looking at the landscape of dance and the world at large today. In 1942, Jacob’s Pillow opened the Ted Shawn Theater – the first theater in the United States designed exclusively for dancing – with a showcase of American folk dances curated by Shawn. In this modern interpretation, Associate Curators Melanie George and Ali Rosa-Salas revisit the theme by inviting dance artists to reflect on what American identity means to them. This world premiere will feature Warwick Gombey Troupe, Jasmine Hearn, Nélida Tirado, Sara Mearns and Joshua Bergasse, Alexandra Tatarsky and the Pillow commissions performed by Dormeshia and Guests and Mythili Prakash. Many works will also include live music.

Eastern Woodland Dances highlights the breadth of Indigenous performance traditions in the Eastern Woodland region and its diaspora. The program will feature performers of Wampanoag, Pequot, Mohican and Narragansett ancestry, tribes forcibly removed from this region, as well as traditional Iroquois and Acosia Red Elk dancers. Nipmuc elder Larry Spotted Crow Mann returns as curator of this year’s celebration.

David Grover: A celebration of life will be held at the Colonial on Sunday

PITTSFIELD – On Sunday June 12 musicians, friends and family will gather at the Colonial Theater to celebrate the life and career of David Grover, a beloved member of this community who performed for over 50 years.

Tickets for this event are free and general admission. To reserve tickets, click here or contact the BTG box office at 413-997-4444.

Amy Lafave will present a lecture on Fanny Kemble, at the Lenox Library

LENOX — Amy Lafave, local history librarian, will present “When I Think, I Must Speak:” Fanny Kemble’s World Stage, at Lenox Library, Thursday, June 16 at 5:30 p.m.. The program will be held in person, as well as on Zoom, and is free and open to the public.

British actress-turned-Lenox resident Frances Anne “Fanny” Kemble gave a reading of “As You Like It” in 1868, to benefit the Lenox Library. The event took place in what was then the Berkshire County Courthouse in Lenox, a far cry from London’s Covent Garden, where Kemble made her 1830 debut as Juliet. From theaters along the Atlantic coast to the drawing rooms of her friends in Berkshire, Fanny’s feet dodged a set of boards – the abolitionist’s soapbox – until history gave her no choice. .

In 1834 Kemble married Pierce Butler, owner of several hundred slaves. She described her face-to-face experience with those who did not have the “bare name of free men” in her “Diary of a Residence on a Georgian Plantation”. For the first time in her life, Kemble was stripped of her voice, in her role as an obedient wife and mother. In the end, she was unable to turn her husband away from the institution of slavery; their tumultuous divorce of 1849 was national news.

Using unique materials from the archival collections of the Lenox Library and other primary sources, Lafave will present on Kemble’s experience at her husband’s Georgia plantation and subsequent Lenox refuge.

SPENCERTOWN, NY – Spencertown Academy’s Roots & Shoots concert series will feature acclaimed American roots music duo Jay Ungar and Molly Mason on Saturday June 18 at 8 p.m. General admission tickets ($25 public, $20 Academy members) can be purchased in advance and will be available at the door based on availability.

Based in the Catskill Mountains of New York, Ungar and Mason are best known for their work on the soundtrack for Ken Burns’ PBS documentary series “The Civil War.” Ungar’s composition “Ashokan Farewell” became the musical centerpiece of the Grammy-winning soundtrack and was nominated for an Emmy. His violin is known for its playfulness, drama, soulfulness and technical verve, as he explores many musical styles and idioms that he has internalized and made his own. Mason’s inventiveness on piano and guitar backs the tunes and follows the flow of the melody. Her rich and expressive voice completes the experience. Together they have recorded numerous albums of traditional and original fiddle music as well as vintage country and jazz. 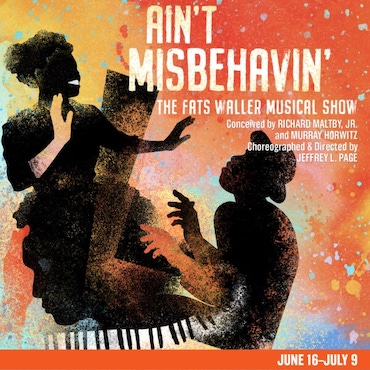 PITTSFIELD – Barrington Stage Company (BSC), in conjunction with its season opener “Ain’t Misbehavin'”, will hold a free Juneteenth event – “Lookin’ Good but Feelin’ Bad: An Exploration of Fats Waller and the Art of Subversion” – Sunday June 19 at 1:30 p.m. at the Boyd-Quinson Stage (30 Union St. in Pittsfield).

For more information or to reserve seats for this event, contact the BSC box office at 413-236-8888 or [email protected] Please note that registration is required as availability is limited.