The Antonello da Messina Dynasties in Malta and Europe

In the footsteps of Antonello of Messina

Unlike most ‘cultural’ volumes published in Malta (including mine), this is not quite a Melitensia book. Or rather, it is also, on the margins, a book where Malta appears, but its horizons extend over a much wider Europe, and the author succeeds in breaking down all the provincial, not to say parochial, barriers.

The painter Antonello da Messina (c. 1430-1479), like many other geniuses, left a lasting artistic legacy, a “school”.

A peculiarity of Antonello is the fact that his “school”, the Antonelliani, consisted almost exclusively of those who carried his DNA – sons, nephews, cousins. By design or coincidence, he managed to keep everything in the family. Together, they left a lasting mark on the religious iconography of Sicily, southern Italy, Venice and Malta.

Antonello has long been the subject of intense study by art historians who soon realized his colossal stature in the creative world. Literature about him abounds. It’s not his school.

I believe that Charlene Vella is the very first major and systematic exploration of the vast work by his supporters. I generally hesitate to disagree with Mario Buhagiar, but I find it problematic to endorse his judgment that the work of the Antonelliani “does not cross the barriers of great art”.

Undoubtedly, it does not rival Antonello’s masterpieces of inspiration and painting technique, but it still has pull, personality and consequence. They can’t be dismissed as just seedy, sterile Madonnari.

For Malta, the Antonelliani represent the first break with an omnipresent and brooding parochial mediocrity. Before the Order of St. John pushed Malta into high international art, the main aesthetic glimmers came from the Observant Franciscans of Rabat who commissioned the Sicilian Gaginis and the Antonelliani to brighten Malta’s artistic gray list. 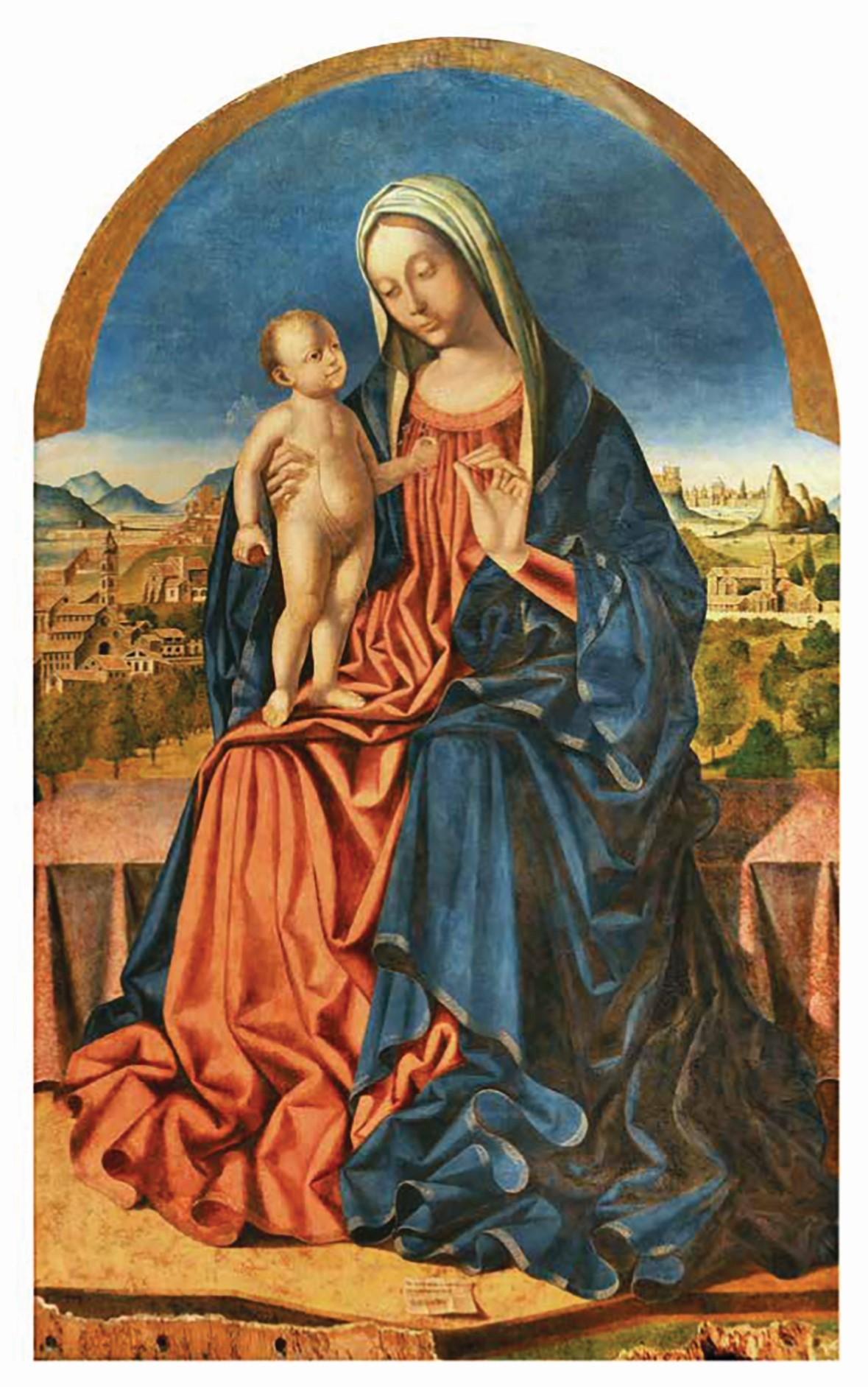 If only to be at the forefront of an aesthetic awakening of the nation, these painters deserved to be studied. I believe that my father Vincenzo was the first to resuscitate them and highlight them in the 1949 exhibition and its pioneering catalog Madonna in artquoted in Vella’s text but not included in his breathtaking bibliography.

Admittedly, there is a quantum leap between these first sketches and the present encyclopedic compilation. Although Antonello and his school asserted a very personal and distinctive profile, in reality they represent a happy mixture of diverse cultural influences: Gothic, Byzantine, Burgundian, Renaissance, all coming together to lose their individuality and turn into the unique Antonello.

To this, her young parents added a bonus – the influence of Giovanni Bellini. Messina was then home to one of the main centers of commercial and intellectual activity in the Mediterranean. 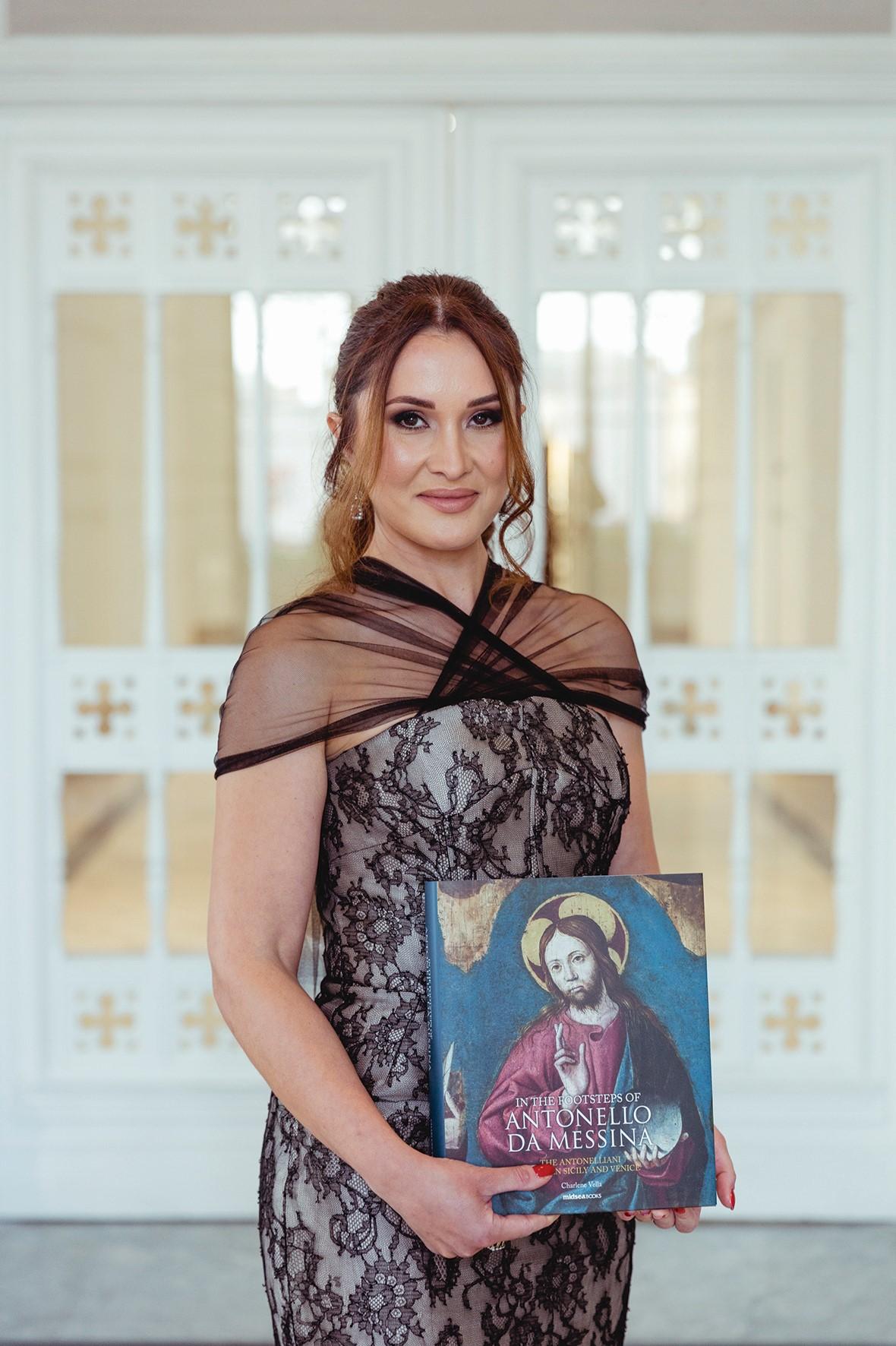 Vella’s academic work, his perseverance, his attention to detail, his meticulousness are simply incredible. She subjected the records and the footage itself to third-degree interrogation. I don’t think she left much to future researchers.

Documentary exploration was tragically hampered by the near obliteration of Messina’s rich archives, collateral damage from the terrible earthquake of 1908. Fortunately, scholars had already skimmed through and transcribed some of them before calamity struck. Perversely a blessing, as it prompted exploration of the Maltese archives – which turned out to be sparse with references to the Antonellianiall copied verbatim in this volume. Vella can also claim to have added a number of new works to the known work.

Losses of archives are not the only calamities ravaging Antonello’s memory. To give an example: for the Franciscan Church in Rabat, Antonio painted c. 1510-1515 an impressive polyptych composed of no less than 15 panels.

Over the years the Philistines dismembered and scattered (or destroyed) this extraordinary composite and today only two panels remain in place and only five others have survived. What happened to the other eight? 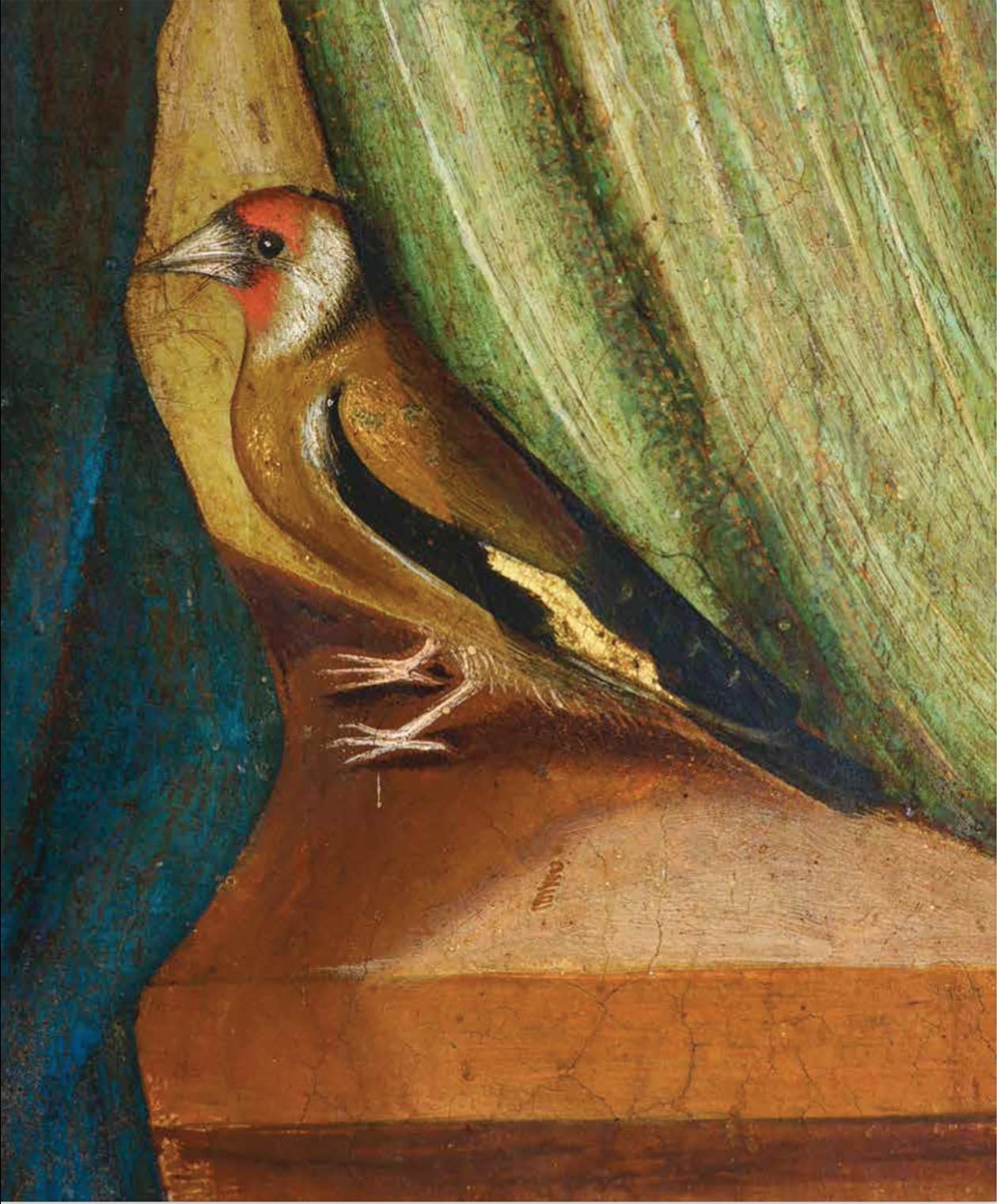 Antonio de Saliba, Goldfinch in the central panel of the Rabat polyptych, circa 1505-1510.

The author managed to trace, photograph and record a large number of paintings by Antonello’s parents: Antonio, Pietro, Jacobello, Salvo – more than 90 paintings in all, now scattered in museums, public buildings, churches and private collections around the world. A particularity. Unlike the great Antonello, his family seems to have exclusively painted religious art. Antonello also excelled as an accomplished portrait painter – for some idiosyncratic reason, all the sitters in his known portraits look good – why?

The Church then assumes the role of the great patron of the arts, believing that all the senses must lead to God. This probably explains the massive and enduring success of Catholic ritual over other less choreographed beliefs – mystical ceremonial permeated all aspects of physicality.

His liturgy simultaneously captured the five senses – music and song for the ears; the incense and the flowers, the smell; Eucharistic Communion, taste; physical penance and recitation of the Rosary, touch; and finally, for the eyes, the splendors of art – a cumulative hypnotic takeover. Religious art as figurative representation yes, but above all art for its emblematic content.

The Antonelliani show as adept as anyone else at conveying the message of redemption through shapes, colors and their symbolic associations. Their color code is however not always clear. They dress their many Madonnas invariably in blue and red. If the smaller under-dress is blue, the greater mantle is red, and vice versa, so that in virtually all of their Madonnas, either a red or a blue, the statement predominates and overwhelms the viewer. 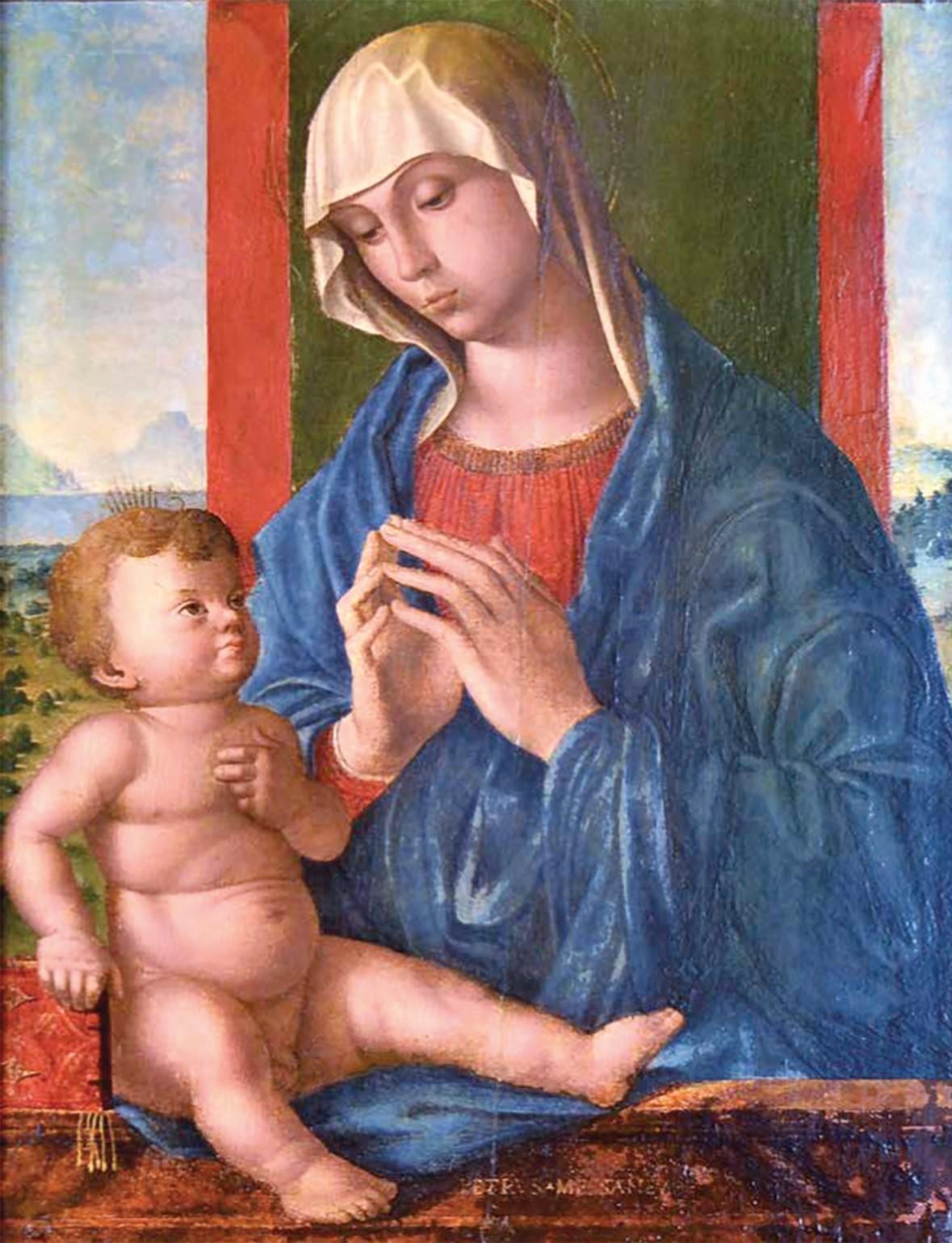 Beyond the small red and blue local politics, should we read a meaning? Or was it just a shovel measure? The blue pigment, derived from precious powdered lapis lazuli imported from Afghanistan, cost a fortune, so customers on a budget would opt for the cheaper red.

But a certain symbolism also permeates the iconography of Antonelliani, as the obvious attributes of holy images, for example, palm leaves identify martyrs. Take the Madonna and Child of the Observant Franciscans in Rabat.

And on the side, a wonderfully represented goldfinch, symbol of joy, which can be found in several Renaissance altarpieces by Lorenzetti, Raphael, Crivelli and others. Antonio has painted the Rabat Goldfinch so realistically that I am amazed that it has withstood the loving attentions of our refined hunter-conservators for all these years.

Independent journalism costs money. Support Times of Malta for the price of a coffee.

Opening of a book and vinyl record store in downtown Franklin